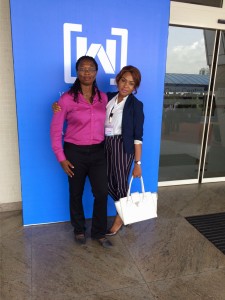 WAAW foundation was pleased to participate in the 2016 Google Techmakers summit on Saturday, 19th March, 2016 at the Civic Centre, Victoria Island, Lagos. Two of the foundation’s executive team, Tolulope Owajoba and Florence Ogunbor, were selected to attend the summit.

Women Techmakers is Google’s global program and brand for women in technology. Kicked off in 2012 by then VP of Google[x] Megan Smith, Women Techmakers is now led by Women in Technology Advocate Natalie Villalobos and a global team of Googlers who are passionate about empowering women in technology through increased visibility, community, and resources. 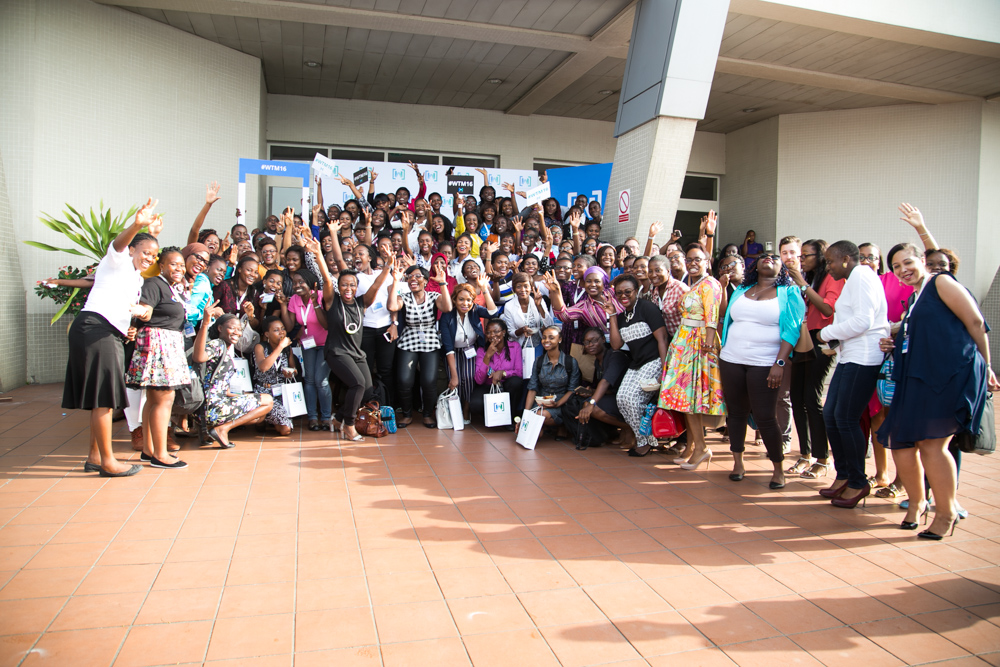 The special event was organized by Google as a platform to celebrating International Women’s Day #iwd2016. The agenda of the summit features a unique blend of thought-provoking Panel discussions, technical talks with female tech leaders, hands-on coding workshop &  brain-storming sessions . The Workshop sessions were powerful and the line-up of speakers was top-notch. The speakers were tech industry’s most inspiring women leaders like Chioma Chuka of TechHer , Kathy Cooper from Google, Affiong Osichukwu also from Google, Helen Anatogu from ideaHub, Oreoluwa Somolu from Wtec, Foluso Gbadamosi from IGI, Mayowa Adebayo from Konga, Nkemdili Begho from Future soft, Toyin Odutayo from Wakanow etc. They emphasized on empowering women to bring solutions to Africa. They also shared their experience! “We were empowered to pursue our dreams and build tools that will change the world. We were also encouraged that no matter our background, career, organization or identity, that we should embrace technology to drive transformational change in our society” said, WAAW program Director, Tolulope Owajoba. 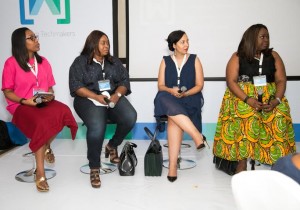 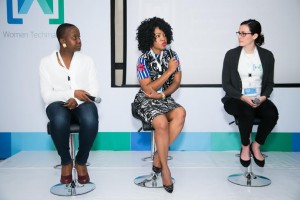 The summit not only seeks to inspire but created a platform for networking. Tolu and Florence met some really smart, vibrant women who are doing amazing work in technology. “I learned a lot from the speakers, and I was fortunate to speak to most of them afterwards. They have interesting stories, altruistic spirits, and pleasant personalities.” Said Florence Ogunbor, WAAW Operations Director.

There were plenty of food and giveaways.

Overall, they had a wonderful experience!