Dr. Peter Johnson was born in 1964 and had a lifelong interest in Geology together with the desire to see a practical application of science, He attended secondary school in Hexham in the North of England where he excelled in Maths and Physics. In 1985 received an II-1 honours degree  in the Mining Engineering Department in the University of Newcastle Upon Tyne.

In 1996, Dr. Peter was awarded his PhD from Imperial College London, one of the foremost engineering colleges in the world. His research improved our understanding of ways to minimise global pollution sources was particularly poignant given his love of climbing in remote mountain areas. 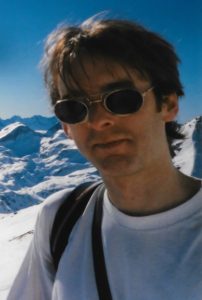 Peter then moved to Milan to work at the University of Milan developing mathematical models for glacial ice flow for the Italian Antartic Research Programme. In 2002, he decided a complete change in his professional work would be appropriate. Combining his engineering logic  and mathematical skills he turned to program development initially for a consultancy and latterly as a consultant in his own right.

Throughout his life Peter was a passionate believer in the good that properly directed science and engineering can bring to the world. He argued strongly that gender should be no barrier to a successful and satisfying career in any profession based upon those disciplines.

Peter was diagnosed with a grade 4 brain tumour in February 2106 and died in October of that year.

Stella Murugi is a Civil and Structural Engineering student at the University of Eldoret in Kenya. Stella is a hardworking and deserving buy modafinil online safely student.  She is the last born in a family of 8; her late dad, mum and 6 children. She comes from Tharaka  a semi-arid part of Tharaka Nithi county. 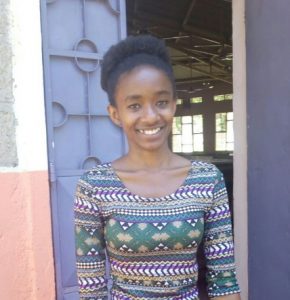 Her dad who was the family’s bread winner died a few years ago. Her mum is a peasant farmer on a one acre piece of land and it has become a challenge for her to raise the school fees.  Stella has a part time job in a mobile money transfer boot and during weekends she does manicures for her fellow students in her university. Her school work has become so much that she can no longer study and work at the same time. This scholarship will enable Stella to complete her studies.

Stella is an outstanding student and has received many awards during her secondary school years. When she finishes her Bachelor’s Degree she plans to branch into Environmental Engineering. She also plans to mentor young girls in her community.

In September 2015, she and a few friends, under ASSOCIATION OF ENGINEERING STUDENTS (AES), started a motivational program. They go to high schools neighboring the University and motivate the high school students. They also organize a forum in their university where the students can attend for math and science contests.

MAKE A DONATION OR BE A FRIEND