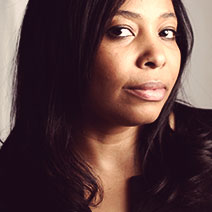 Gender inequality remains a burning issue confronting women and girls in Africa especially as it is linked with deep rooted traditional culture. Women face barriers such as poverty, illiteracy, and discrimination when getting training and education.

With the increasing gender gap in technology and low rate of African girls in Science, Technology, Engineering and Mathematics (STEM) education, Kishau Smith Rogers, founder and CEO of Websmith Group talked to WAAW Foundation on how the barriers facing women in technology can be eliminated. The twenty-year programming veteran further outlined measures to promote STEM education for young girls.

How did you get involved in the world of Computer Science and Technology?

When I selected Computer Science as a major I could not afford a personal computer. I was simply interested in math and computers. As a student, initially the Computer Science curriculum was tough as I tend to learn by doing. My first tech job was a work-study and internship at Virginia Commonwealth University which turned into my first full-time job as a programmer.

Roles include to leverage technology (as a tool) to solve problems and create impact. We (women) are problem solvers. As an entrepreneur, I must fight the perception that women are not doing “real tech” work.

Can you tell us, the challenges you face in attaining this position and how are you able to manage work with home?

It is tough, but doable and requires a tribe of supporting characters. I schedule my work and home time. Home is priority. Also, quality time is greater than quantity.

What are the barriers women faces in finding tech jobs?

Barriers to finding tech jobs include low exposure, limited access, narrow culture, race and sex.  Also, for women with families, some tech jobs are not family-friendly in terms of the hours and load creating networks of mentors and tech leaders can help with placement

How do you think the society can bridge gender gap in tech?

Let them play and focus on the outcomes; inspire them with what they can create or do with tech. Also in education, expose them to women in tech (either via instruction or mentorship). Also, create an inclusive community environment in the classroom

How can the society increase the number of women tech leaders?

Not having women in lead tech roles limits their input in product development and strategic direction. Hiring women and not providing a leadership track leads to a dead-end career. Companies must be intentional in their commitment to maintaining a diverse workforce. The first step is acknowledging that low numbers of women tech leaders is a problem.

In your words, what is the future of technology in Africa and the world as a whole?

Tech opportunity in Africa is great and is well-positioned to re-imagine infrastructure for the future of tech. The future of technology involves an intentional focus on using technology to solve problems and to create real impact.