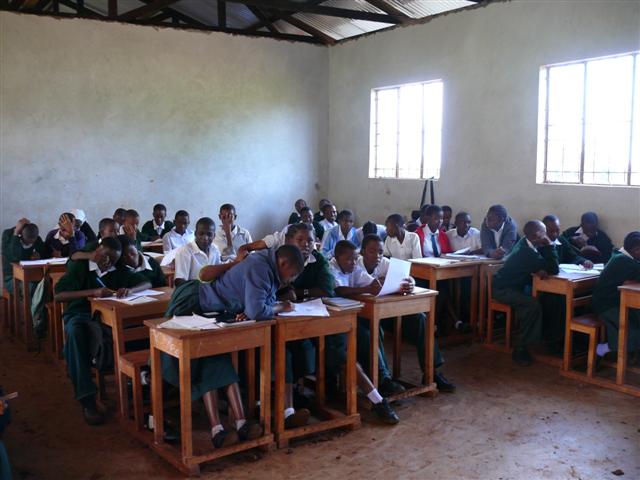 The thing is though, the teaching of practical science (quality teaching to be specific) can be a costly endeavor. And herein lies the problem for secondary schools in most, if not all, African countries. And by schools here we mean public institutions where majority of children attend, with the better-equipped private academies out of reach for most parents.

Even in this day when much of the focus and investment should be going to STEM (science, technology, engineering and math) subjects, the interest and support of secondary institutions from government leaves a lot to be desired.

Unlike their developed counterparts, African governments alone would (and do) find it hard to offer a sufficient level of support demanded by these subjects – the labs, lab equipment, computers, proficient teachers; electricity even – in each and every government institution.

This is especially the case considering the high number of students attending public secondary schools.

The outcome is that students from secondary schools don’t get the level of hands-on experience required out there in the job market. In fact, theory training in science and technology is a common aspect in most African secondary schools, and students have little to show for it when it comes to practical application.

Teachers, on the other hand, have to put up with a high teacher to student ratio in most of the schools, never mind poorly-equipped science laboratories. Those on the government payroll are poorly remunerated, and in some – or rather – most cases, you find teachers taking up part-time employment or engaging in private business enterprises just to make ends meet.

Things have reached a point where some countries have been forced to take measures such as the introduction of performance contracts to stifle this kind of behavior which leads to teachers absconding classes.

Blame them not. Low employee morale as a result of poor pay is not a foreign concept irrespective of the sector.

Means to get by

Despite the crucial role education plays in our lives, there is this tendency in most African countries to deny the teaching profession the respect it deserves. They fail to realize that teachers are the cornerstone of the society and it is them that are tasked with the massive role of educating the next generation.

This has seen some of the best minds decide to take up other professions, and those that remain think of teaching as something that they need to do as opposed to something they genuinely want to do.

In the end, it is education of the young people which takes a hit, with science and tech subjects affected the most bearing in mind these are the subjects that demand the most sacrifice.

Then comes the issue of ICT.

The number of teachers qualified to teach ICT in secondary schools is far outweighed by the demand, with more students taking up computer classes than there are teachers to transfer the skills.

Notwithstanding, we can’t deny the input of various stakeholders to donate ICT equipment to as many schools as possible – government agencies, corporate organizations, non-governmental organizations and individuals. But there still remains a huge disparity between students and the number of computing equipment available.

Overall, the few teachers available have to dedicate more time than would otherwise have been the case were the ICT materials available in plenty.

Let’s also not forget the case of broken down or obsolete computers common in most schools (considering a good number are offered as donations).

Computers running Win98 (Win95 even!) only serve to lower both teacher and student morale.

It’s a sad state of affairs that teachers and students have to grapple with in most secondary schools in Africa.