Seeking Success for Girls in STEM 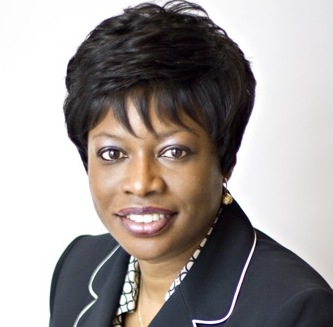 Seeking Success for Girls in STEM

“What has been one of your most rewarding experiences?”

The question was a difficult one for 2007–08 AAUW Selected Professions Fellow and founder of the Working to Advance STEM Education for African Women (WAAW) Foundation Unoma Okorafor.

“Being a part of other people’s success stories,” she replied.

Mentorship has always been a primary factor in Okorafor’s success. While she pursued her doctorate in electrical and computer engineering at Texas A&M University, her mentor introduced her to new opportunities, including AAUW fellowships, and was a strong role model for success in both STEM and academia as a woman of color.

Winning the AAUW Selected Professions Fellowship allowed Okorafor to continue her own mentoring work, tutoring middle school girls from low-income families while she finished her engineering studies. She distinctly remembers the first time she was called a mentor; it was an extremely emotional experience and a pivotal first step toward founding the WAAW Foundation. She also recognized that the only differences between herself and these girls were the privileges of a supportive family, financial support from AAUW, and mentorship. Creating the WAAW Foundation was Okorafor’s way of passing on some of that privilege. She saw dramatic changes in her mentees’ self-confidence as they began to understand who they wanted to become and what they wanted to do in the future.

Today, the WAAW Foundation has supplied over 30 college scholarships, trained over 200 fellows, and mentored approximately 200 young girls through their STEM camps in 10 African countries. The campers also build supportive relationships with each other and their mentors — not unlike the AAUW Tech Trek model.

Each workshop or camp at WAAW begins by allowing the girls to list the problems in their lives and in society. Issues like government and education, among other institutionalized problems, often come up. The aim of this exercise to help campers realize that “the solution lies within you, within us: women need to see the agenda of things that concern us and put it at the forefront.” With education, Okorafor believes that women can solve problems within their presently male-dominated communities.

“Both men and women need to be a part of the conversation,” Okorafor insists. In her own experience — having a father in academia and an older brother who studied engineering — male mentors have been as critical to her success as female ones. She was fortunate to have men and women in her life who supported her success. However, until everyone begins to see that empowering women empowers entire communities, there will be limits to improvement. “Men need to understand the value of women and become advocates,” says Okorafor. ”Only then will we be able to expand the conversation.”

With the help of her AAUW fellowship, Okorafor is creating invaluable spaces for those conversations to continue.

This post was written by AAUW Fellowships and Grants Intern Theresa Romualdez. http://www.aauw.org/2016/10/04/seeking-success-for-girls-in-stem/