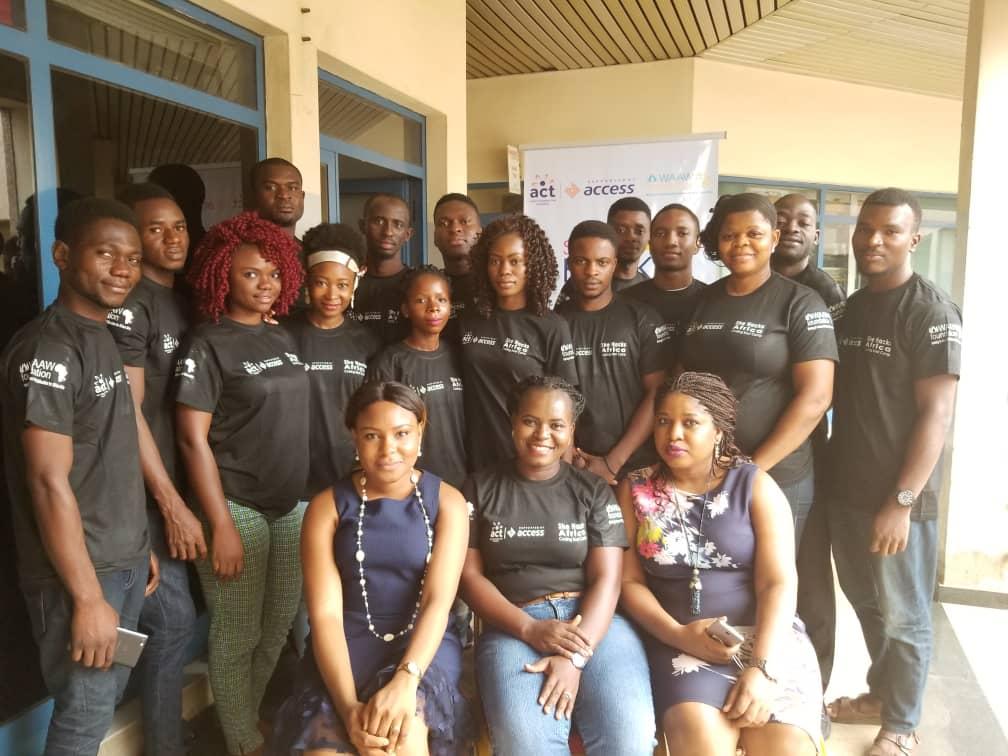 She Hacks Africa boot camp 2019 cohort 11, supported by kicked off in Abuja from June 3rd to June 28. 25 young people were admitted into the boot camp. Solomon Amadi, a student of the boot camp shared his experience.

“My interview was scheduled for 10:00 am. I was encountered with a taxi that needed a passenger before it could move. Then I realized I was almost late for my interview. I checked google map to estimate how many minutes it would take to get to Waaw foundation. I informed told the driver I would settle His fee of the empty seats.

To my surprise, it was a brief interview one which I have never experienced before. I began to doubt the training because the interview wasn’t as serious as I expected. I asked my friend who also came from Kaduna and we concluded that by Monday we would decide if we should continue with the training.

Voila! I made it to the bootcamp

The Bootcamp started on a Monday and the first week of June. The WAAW team introduced themselves. We also introduced ourselves in a pattern that looks like a game. The first person calls his/her name, the second person calls out the first person’s name and then his/her name and that goes on to the last person who calls out everyones name and his/her name. It was quite interesting! We were allowed to create our rules, and thereafter the WAAW team gave us theirs. Instructor Tolu further took us through an Enterpreneurship class, she introduced us to the “play pump”. The next session was taken by Lucy on HTML and this took almost the rest of the first week, although CSS was also introduced to us. I would not forget the Icebreaker- “Atuditak”; a game that was taken by Miriam.

The second-week Mopah took us through the basics of Bootstrap and Javascript. He introduced us to sites where we can improve our coding skill and interact with other programmers. Within this week, we had a class on business plan and Financials, and Business Pitch which instructor Loveth facilitated. In addition, we had a project presentation and group-1 Alpha-Bid emerged with the highest score.

The third-week kicked-off with a session with Franky who took us on PHP, MySql, and Jquery. This was one of the toughest weeks for me- trying to install one software and another and working with the internet.

We started the fourth week with a pitch. Each group was given 12mins to pitch their presentation. We also had a session with an instructor, Lucy, who taught us how to make use of Word press for website development. A great time with Mr. Rotimi will forever be remembered. Undoubtedly, one of the best time (if not the best time) I have had throughout the bootcamp. He took us on Cybersecurity and some of the damage hackers have done. Hence, to reduce the chances of been affected, self-security is the best security!

Thanks to Waaw foundation and ACT foundation for this great opportunity