Mother of Invention: Women Who Pursue Tech, Overtake and Drive It Forward

13 Jun Mother of Invention: Women Who Pursue Tech, Overtake and Drive It Forward 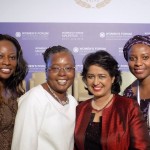 Women have been writing the narratives of technology over a long period and this makes one wonder why the reporting of women activities in tech is not as popular as that of men. Women have had great influence on how things in technology works right from the early years.  The role of women is not just to look on while men invent technology they use. It will surprise you to find out that the basic foundation of what technology and ICT is today was laid by great women in history but very few, like Marie Currie, are known for this. Check out the list of some other women inventors you hardly hear about:

Women in tech have a role model in. She and Howard Aiken designed Harvard’s Mark I computer, a five-ton, room-sized machine in 1944. Hopper invented the compiler that translated written language into computer code and coined the terms “bug” and “debugging” when she had to remove moths from the device. In 1959, Hopper was part of the team that developed COBOL, one of the first modern programming languages.

Communication between ships was once limited to colored flags and lanterns.  Martha Coston spent 10 years working with chemists and pyrotechnics experts to make the idea of signal flares a reality.

The world needs more of women trail blazers, you can join the mothers of invention, your name written in history and set the foundation for others to build on. You can be the next role model in technology for women. ‘Mother of Invention’ is a phrase that clearly describes women whose ingenious ideas [past and present], shape every aspect of what the world calls technology, including women, who pursue tech, overtake and drive it forward. WAAW Foundation is improving the narration of women in tech by ensuring that women see the value involved and play active roles. WAAW is giving opportunities to young women and men to join the technology innovation world, don’t be left out, reach out to WAAW Foundation to learn more about the following opportunities:

So, you should not drop your tech invention because you are a woman, instead, register for one of  WAAW Foundation’s programs to key into the positive trend going on in the world of technology for women.