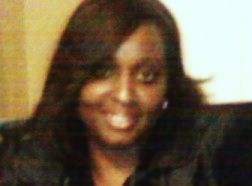 Dr. Kemafor Anyanwu is an Assistant Professor at North Carolina State University. She supports WAAW Foundation in different capacities whenever we call on her, recently we caught up with her for an interview to share her views on the foundation, its mission and the state of STEM fields amongst women today.

WAAW Foundation: Tell me a bit about your professional background.

WAAW Foundation: What do you think of the mission of WAAW Foundation – Promoting African Female education in Science and Technology?

Kemafor: It is laudable. The mission is an imperative for Africa. Africa will not have a place at the global economic table without developing its science and technology capacity. Without adequate science educational infrastructure, the goal of developing science capacity is futile. By educating women in science and technology, we reap the obvious advantages of enabling increased female representation in the science and technology workforce. A more subtle point is the fact is that women are often central to the career decision making process for their children. Exposing them to science will enable them guide their kids through a broader portfolio of career options that includes a range of science careers. In a sense, we would be increasing the population of important science ambassadors, a critical need.

WAAW Foundation: What challenges have you faced in your career as an African woman in Technology?

Kemafor: Well, I suppose that I will discuss this from the vantage point of a female academic in the US because that context makes a big difference in terms of the challenges. In that space, the challenges are enormous for women who dare to think that they can have both a professional life and a family life. An academic career by itself, particularly at a research university, is multidimensional and very tasking. It is like having several jobs all wrapped up in one. Couple that with the fact that women, and in particular African women, often have a lot of balls to juggle, what you have a recipe for a whole lot of stress. Some of these balls are peculiar to African women and are artifacts of our cultures like our extended family system ( which I happen to love by the way but is relevant to the discussion because we tend to inherit additional balls to juggle because of that). We should also note that there is the absence of the kind of infrastructure that commonly exists back home, in terms of assistance with domestic duties, and in African homes, women carry a disproportionate size of that burden (I am aware of the growing number of liberal African men, my husband included. However, I am still to find African families where domestics duties split right down the middle) This makes the balancing act is a formidable challenge for the African women.
There are some coping strategies that I have observed being used by many of the women in these careers. However, these strategies are not typically options that an African woman would consider, just by virtue of our culture. For example, some women will delay having children until the almighty tenure bar has been cleared. Even after tenure, some women will choose to have only one child. Neither of these is likely to be a popular idea amongst in laws. In other cases, the stress leads to divorce. I am aware of an institution were at least half of the women in a science department went through divorces during the tenure process. For many Africans, divorce is often not consideration.
You do your best to see it through, come hell or high water. I remember once a colleague told me how she coped with the demands of academia. She cooked once a week, rest of the time she and her family ate out. When she has a deadline (and this happens very often for us), she will lock herself in a room for days and not come out. She would have her food dropped at the bedroom door and when she was done, she’d put the plates outside the door of the room. She just didn’t get involved in anything in the house for days. That to me sounded much like a fantasy.

The demands on our lives really challenge our abilities to compete with male sand even other female scientists who can better afford near complete focus and relentless pursuit of career objectives with minimal distractions. This is important in science careers because science demands long periods of uninterrupted thinking and exploration. For most African women, that is simply luxury.

Kemafor: I think that African scientists in the diaspora have a significant role to play in the future of Africa because of the role of science and technology in future economies. There are a whole host of things that we need to help with. We need to (i) help cultivate an appetite for science in Africa and actively participate in mentoring young scientists and organization, (ii). act a conduit to developed nations e.g. initiating collaborations with the organizations that we are involved with outside of Africa. (ii) help with promoting the image of Africa as a viable destination for investment of resources and effort.

WAAW Foundation: What has surprised you most about STEM in Africa compared to the United States?

Kemafor: Well, STEM education in African and the US have similar challenges – dwindling interest. I think the major difference and indeed a source of great concern is that in Africa, there is no sense of urgency about this issue. Most governments pay lip service to their increasing interest in focusing on science and technology. On the other hand, in the US, there is a lot of investment being made now to develop ways to improve how science is taught all to achieve the goal of increasing interest and participation in science.
In terms of surprises, I think the only one that I can think of that I encountered when I first got here is the style of instruction. In Africa, at least in Nigeria which is where I was educated, the focus of education was to transfer knowledge. Examinations merely ask for rote repetition of what was taught. In the US, the focus of instruction is to develop critical thinking, to create innovative talent. Fostering innovation has not been a primary goal of science education in Africa. That needs to change.

WAAW Foundation:  What do you find most challenging about our cause in helping African women in STEM fields?

Kemafor: The biggest challenge I think is for most individuals, there are many more urgent needs, food, shelter, health etc. As such it is difficult to get buy in on an issue that doesn’t immediately translate to solutions to those needs. The benefits of science are often years in the making. The other challenge is the lack of incentives. I mean really, where are the employment opportunities for those who endure the challenges of a science education? Yes, there is some activity in the engineering, technology and telecommunications sectors, but what about employment opportunities for chemists, physicists, etc? It is hard to encourage people to study these subjects without the promise of lucrative career.

WAAW Foundation:  If you could change one thing about the cause of WAAW or the organization, what would it be?

Kemafor: Right now, I am completely satisfied with the mission and goals.

Kemafor: There is a quote by Edmund Burke that I think is very apt. “Nobody made a greater mistake than he who did nothing because he could only do a little.” Often times, we feel that the little that we have to offer may not make a difference so we don’t bother. The truth is given the enormity of the challenge that faces us in Africa, every little bit of help is necessary.

WAAW Foundation:  What do you think will change about the cause or WAAW Foundation or Female education or Innovation in Africa over the next decade?

Kemafor: I hope that it doesn’t change. I expect that perhaps different periods will have different emphases depending on the needs and gaps to be filled but I hope that overall the mission stays the same.

WAAW Foundation:  What might someone be surprised to know about you?

Kemafor: Hmm, my personality is generally open. There’d be few surprises, I think.

WAAW Foundation:  How would someone describe you?

WAAW Foundation:  What do you do when you aren’t working or volunteering?

Kemafor: Running after my 3 children.