Highlights of the She hacks Africa Cohort 7 bootcamp, sponsored by Act foundation 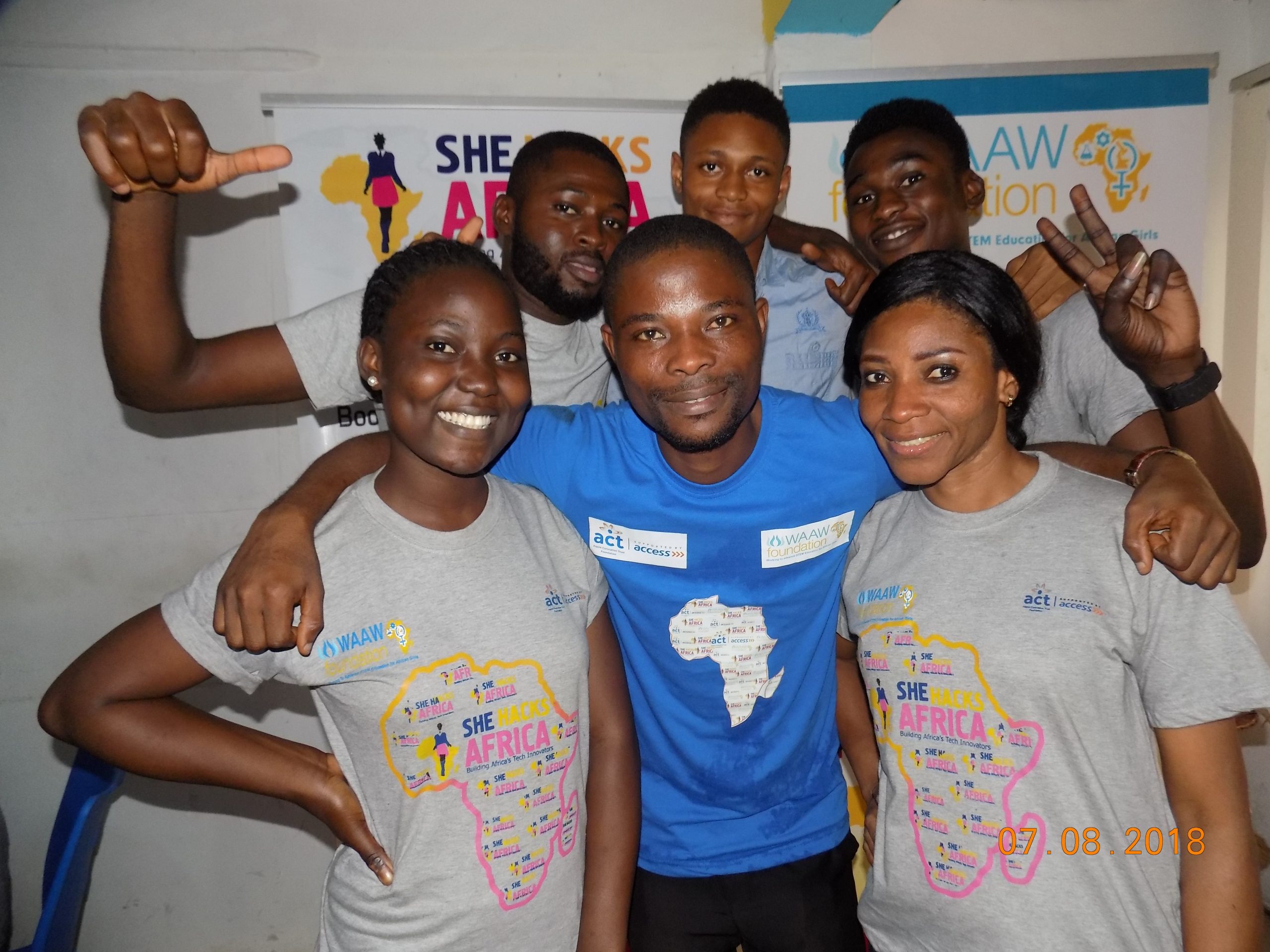 15 Oct Highlights of the She hacks Africa Cohort 7 bootcamp, sponsored by Act foundation

The WAAW She Hacks Africa coding, entrepreneurship and leadership training program (Cohort 7), sponsored by Aspire Coronation Trust Foundation, Act foundation started on the 3rd of September with all participants looking bright and highly expectant of what the following thirty days would bring, and as expected and even beyond, it was a great and impactful experience for me. My name is Blessing Adekanbi and I am one of the She hacks Africa cohort 7 students and the team ULTIMATE lead. I would like to share my experience with you.

The first week started and was filled with lots of activities. On the very first day, we began with icebreakers to get us set for the day’s tasks. We were also introduced to the boot camp officially and further enlightened about the WAAW Foundation and its collaboration with Act foundation. We were also allowed to make rules for ourselves and were then divided into teams which we maintained throughout the boot camp. We had an introduction to how the internet works facilitated by ‘Funke and then an entrepreneurship session by ‘Tolu. During the course of the week, we were introduced into HTML, CSS and Bootstrap. Every Friday of every week, each team would come up with their project presentations which were reviewed and modified by our facilitators who also doubled as our judges. We had icebreakers frequently in between classes to relax and get back on track. Light lunch was also provided every single day for each participant. We learnt, interacted and also had fun. How interesting!

For week two, we started out by having the previous week’s assignments checked. Our assignments were usually checked daily. We also continued the class on Bootstrap and then started an introduction into Javascript and then Jquery. In between programming classes, we had icebreakers, entrepreneurship and leadership classes and project presentations as usual. It was a great week although filled with more activities and tasks than the first week.

Week three came and we were already very much acquainted with the system so to speak. We continued with Jquery, started an introduction into PHP and then rounded up with MySQL. Programming classes were tutored by ‘Funke and Sidney while classes on entrepreneurship and leadership were handled by ‘Tolu and external facilitators. They all delivered quality teachings and were able to impart us. In the course of the training, we also had guests come around to teach as well as inspire us.

The fourth and final week came so quickly and we started rounding up the training. We had an introduction into WordPress and were also taught how to use the Github platform which is fundamental for all developers. We were also introduced into Mobile App Development and then had our projects reviewed for the last time before pitching it out to the judges.

The D-day came and every team pitched their ideas which were constructively criticized and enhanced by vast and knowledgeable female judges including Mrs Nwamaka, CEO Designgenre and a WAAW board member, Mrs Toyosi Akerele, founder of Passnownow, and Mrs Tolulope Oni, a social entrepreneur. Ideas were judged and graded based on the website’s appearance, user friendliness and functionality. The business plan and the overall impression of the team were other important criteria used to judge each team’s presentation. The team which met the criteria to the greatest extent was FARMLINK and they got a whooping sum of #100,000 to kick-start their project. Other teams were also encouraged to keep up with their projects and not give up as their idea may be the next big thing in Nigeria and Africa and moreover, they could get funded by organizations around too. It was a great and memorable day for everyone.

It may not be feasible to be taught how to be a developer in 30 days as many say, but even if we cannot call ourselves developers yet as graduates of the She Hacks Africa coding boot camp, we can boldly say that the one month coding boot camp has given us all we need to be developers. This is because even if the boot camp was for a year or more, it would still be in the place of the students to learn, as much as we have been taught. At the end of the boot camp, we have not come out to be budding developers only, we have also developed entrepreneurial mindsets and leadership skills. We have met with people from different parts of the country and even abroad. We have built networks and connections. In all and most importantly, we have become better versions of ourselves and would ever be grateful for being a part of the boot camp.

One month was a short time but definitely impactful and worth the while. The impacts made and knowledge gained would forever remain. Thank you, WAAW Foundation for She Hacks Africa coding boot camp.