Gaining Visibility in the Tech Space: Putting Yourself Out There by Mary Abiodun

02 Apr Gaining Visibility in the Tech Space: Putting Yourself Out There by Mary Abiodun

Have you ever been in a gathering of people you’ve never met in your life, only for you to introduce yourself to them with just your name and nothing more and they go, “Oh, so you are Mary Abiodun. Wow!”. That was the exact experience I had at a hackathon. I was very surprised to know that people knew me even though they had not seen me before then and they could even tell something I’ve done or share that I once helped them out with something. 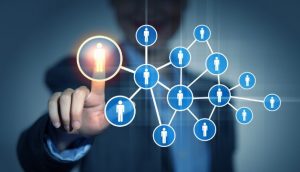 I’m very sure they were not expecting to see a very small girl like me (smiles) but they had definitely had virtual encounters with me and they were glad to be meeting me for the very first time in person. That experience opened my eyes to the importance of visibility and in this post, I will be sharing what you can do to gain visibility and not just about gaining visibility but also about putting yourself out there. These are nuggets non-techies can also benefit from as they are not limited to techies alone. Journey with me!

Visibility is nothing less than being seen; gotten from the word “visible”. In this context, I will like to say that it also means being known which is the definition I will like to portray more.

Let me give an illustration. Supposing you have been passing through a particular road for a long time, you will agree with me that you definitely see certain things and certain people on that road. But because you see those people and things doesn’t necessarily mean you know them or know what they do. In a way, they are still invisible to you.

So, visibility here is more of being known than being seen.

How to Gain Visibility

Contribute meaningfully to talks and discussions on online platforms

Either on WhatsApp, Slack or even telephone conversation, be reasonable with your questions, responses, contributions and suggestions on those platforms. You never know who is who on those platforms and people are watching and reading your comments or posts. You don’t want to be earmarked as someone with negative energy. That might not be too good for your reputation.

Never think your opinion is useless

This is rather common to females who like to think that their opinions are not relevant and so, they rather keep mute. The interesting thing is that you can never tell if your opinion is just the solution to the problem at hand. Learn to talk freely and do it with respect. 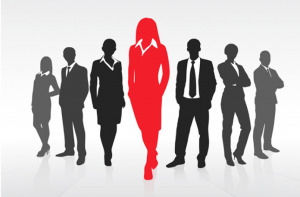 Your opinion doesn’t always have to be accepted but saying it goes a long way. I remember then in secondary school when a teacher asks for the answer to a question and there’s an answer on your mind but you’re just scared to say it because you think you might be wrong. Then someone else goes to say the same thing on your mind and it happens to be correct. You then think, “That’s the exact thing I wanted to say”. It’s just the same thing in the tech space and out there too.

I know I’m not a big fan of conferences but I sure love workshops. When I attend conferences, I get to hear the speakers mention some terminologies or tech jargons I don’t understand and that sometimes get me lost. 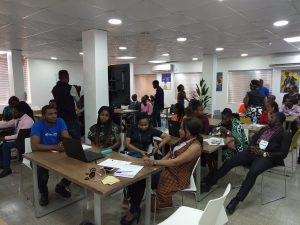 Recently, I mentioned to someone about why I don’t like tech conferences and that person changed my whole perspective by letting me know that attending tech conferences gets one informed about the latest technologies and happenings in the tech space and ecosystem which might not be available at a workshop. I couldn’t agree less because it is true.

Attending tech events also makes you meet people who might be of help to you later in your tech journey. When you attend, try and network with at least one person, even if it is just the person sitting next to you. I know I can be sometimes shy myself and most techies are too but just meeting one person won’t hurt at the end of the day.

Use social media to gain visibility 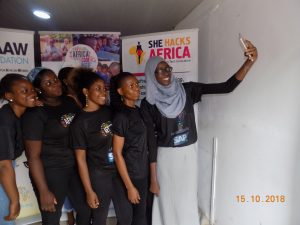 Techies take selfies (I’m sure of that) and are on one social media platform or the other. When you attend any tech event, loud it on your social media page. You heard me right. Loud it, especially on twitter and use hashtags as well, even if it is just the hashtag for the event you are attending. When you have built something phenomenal or written few lines of codes, push to Github and share the link with friends and various social media platforms.

Offer to help or mentor new and upcoming developers 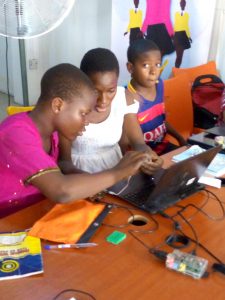 You don’t have to know so much to help or mentor others. Even if you wait until till five (5) years’ time before you do this, you will still realize that there’s still a lot you don’t know. So why not just start now.

You learn more when you teach others. You learn better ways of doing things or solving a problem when you help others and those you help will be grateful that you didn’t hoard your knowledge. You will be transforming lives just by imparting the little you know. You also get the chance to learn from those you’re teaching because no man is an island of knowledge. There’s something they know that you don’t know.

Doing this isn’t hard at all and there is no crime in saying you don’t know something if you’re asked. You can even tell your protege or mentee to do more research on the question he or she has asked while you also go back to do your own research and thereafter, you both can share your findings together. That way, everyone is learning and your wealth of knowledge is increased.

Let people know what you do 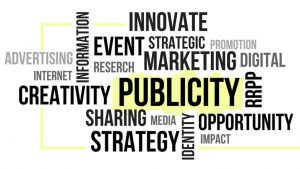 the most important part for me. Put the word out there to put yourself out there. Let people know what you do – that you are a developer. You can never tell if your next job or internship is going to come that way. People have gotten jobs and great opportunities by just letting others know what they do.

The impostor syndrome can also make you think you are not experienced making you keep quiet about what you do. Even if you just started out in tech, it wouldn’t take you anything to just let someone know you are learning tech. Just say you are learning and they will remember you when the time comes. You can even be remembered for a training opportunity that will boost your skills more than your imagination. So, let people know what you do.

The whole idea behind visibility is letting people see and know what you do. The points mentioned above are aimed at helping you gain visibility, that is, people knowing and seeing what you do. I hope you found them useful.