Changing the Cycle: How #SheHacksAfrica Is Building A Generation of African Women In Tech 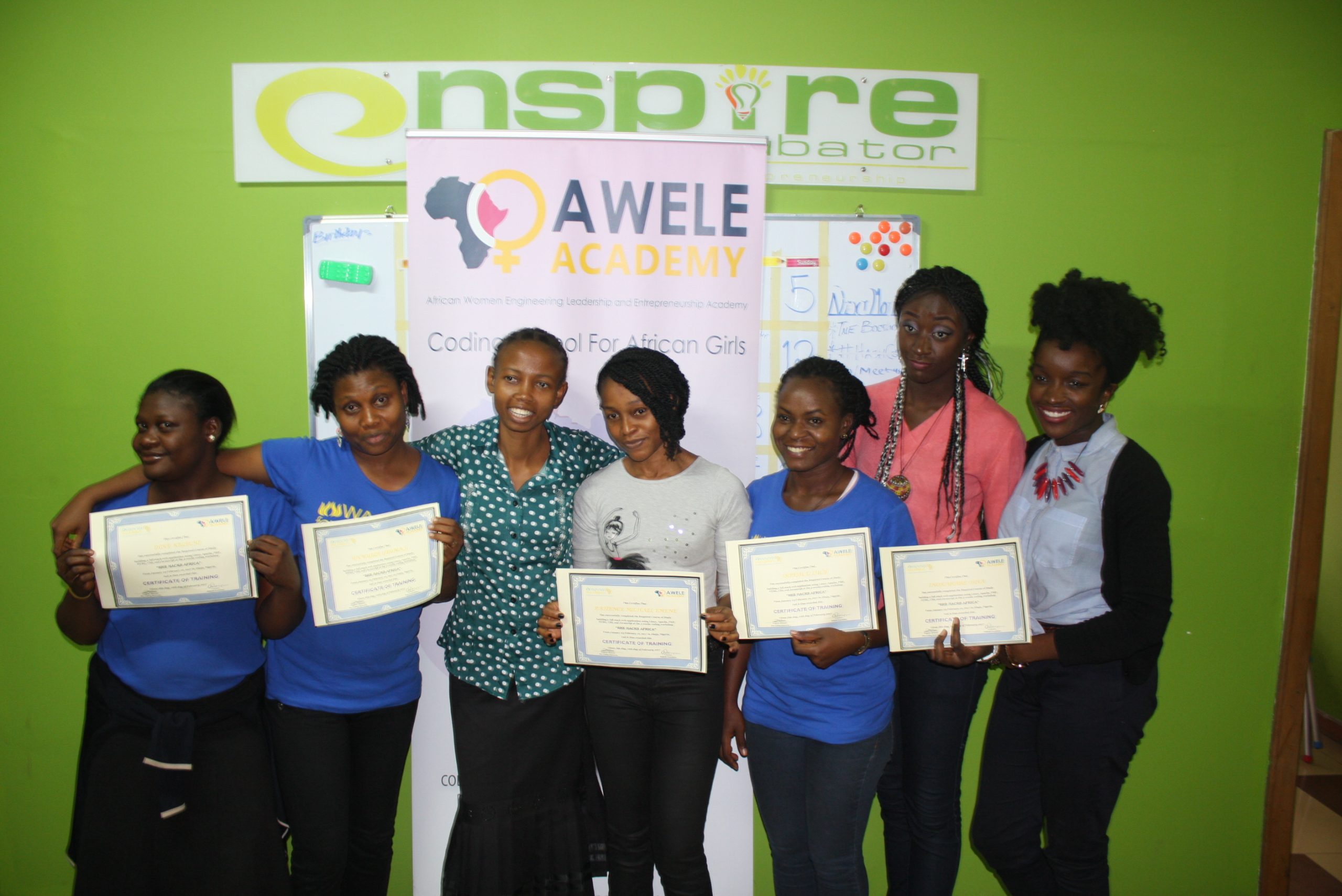 20 Feb Changing the Cycle: How #SheHacksAfrica Is Building A Generation of African Women In Tech

The Abuja edition of #SheHacksAfrica has come and gone but the memory and knowledge gained will forever linger in the minds of the participants that came from across Africa. In November 2016, Working to Advance STEM Education for African Women (WAAW) Foundation and African Women Engineering Leadership and Entrepreneurship (AWELE) Academy, announced the opening of a 3-week intensive coding boot-camp on full stack web application including HTML, CSS, MySQL, PHP, Design Thinking, JQuery Tutorial, Mobile Friendly Design, and PhoneGap for young African girls. The responses were enormous and candidates were shortlisted to participate in the boot camp. 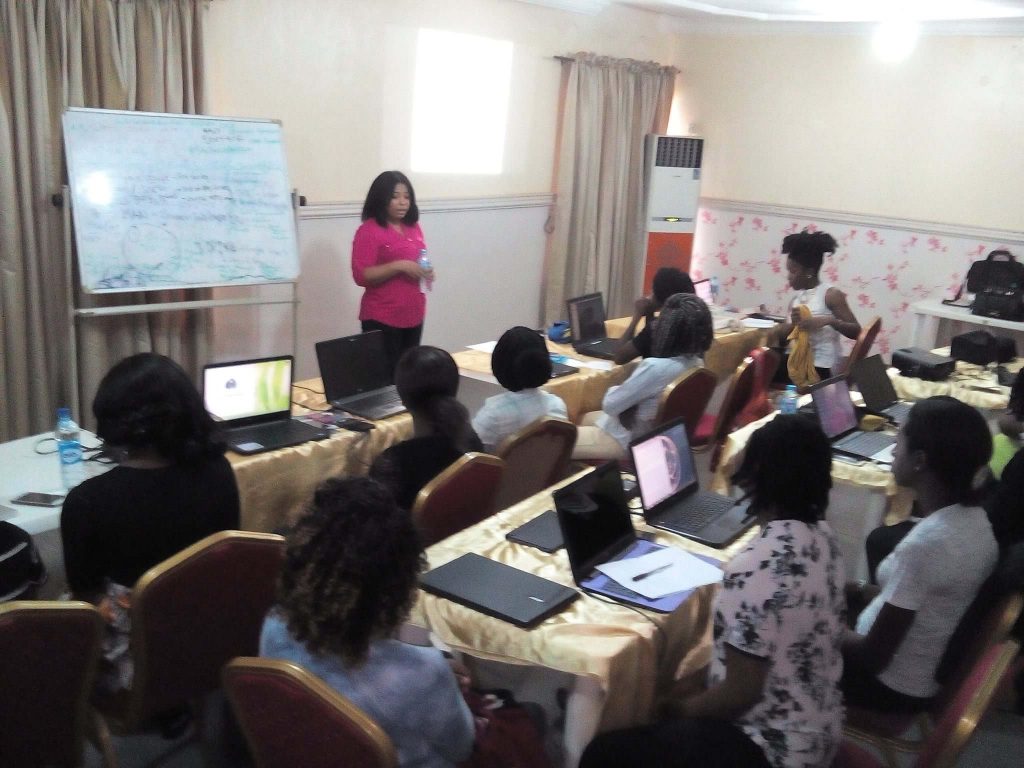 Organizations like African Women Engineering Leadership and Entrepreneurship (AWELE) Academy, under which the #SheHacksAfrica emerged, has the mandate of supporting and encouraging women to embrace technology profession and also use technology as an enabler for development and empowerment.

It is no hidden fact that women are underrepresented in Science, Technology, Engineering and Mathematics (STEM) fields. Overtime, the number of women entering the tech industry is terribly low thanks to the gender inequality culture that is deep rooted in many African homes. Due to this, a large number of African women are forced to study management courses and venturing into the trade of buying and selling.

To address this, AWELE Academy launched the #SheHacksAfrica to bridge the gap in tech and advance STEM education for African women by developing the high-level technical skills required in order to progress. More importantly, facilitators from the United States of America and Nigeria were on ground to train the participants on high level skills some of whom are Kishau Rogers, a twenty-year programming veteran and CEO of Websmith Group;  Vannesa Oguamanam, a Master’s student in Human-Computer interaction at the University of Maryland, College Park, (UMD).

During the cause of activity for week one, Kishau Rogers trained participants on building demo mobile applications. She also lectured the participants on “How the Internet Works,” and how to make people embrace an app by ensuring it is user friendly. One of the apps speaks to curbing vandalization of pipelines by sending signals to security agencies; another app was built to address sexual reproductive health of girls and another on entrepreneurship skills and coaching classes for young people. 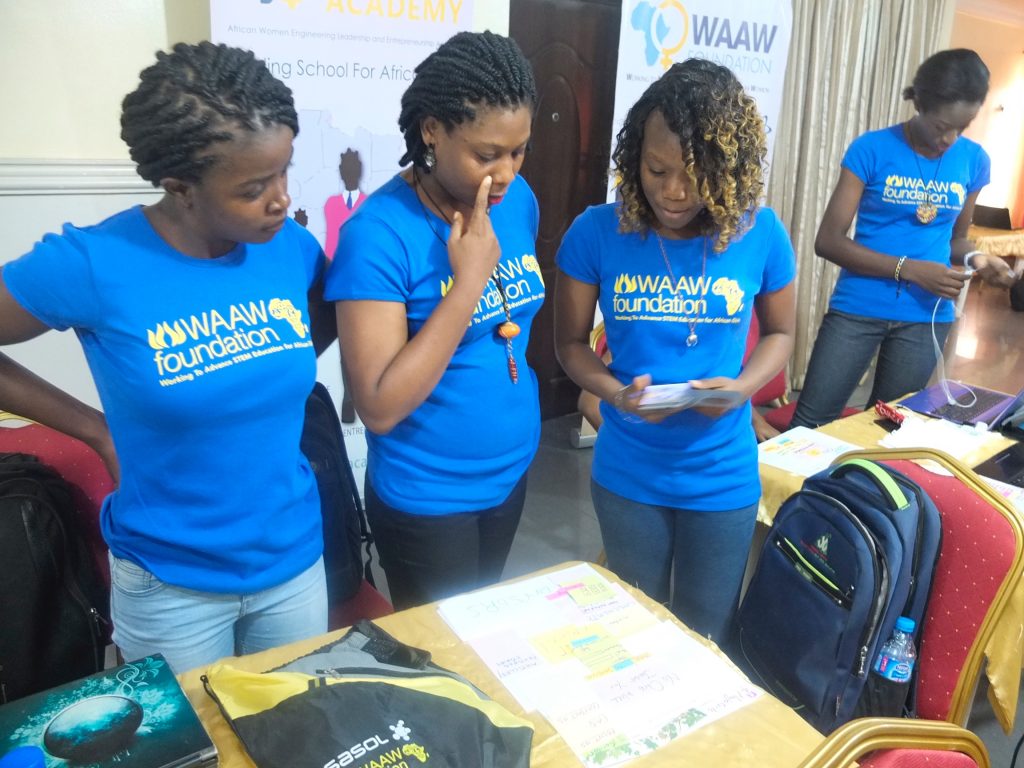 Another feature was the introduction to HTML, Java Script and designing a website using WordPress. Of course, these topics were new to the participants especially as few of them had a little knowledge about computer science but they speedily catch up with the facilitators.

Engineer Abdullateef Aliyu, a staff of the organization welcomed WAAW Foundation and the #SheHacksAfrica participants. He talked the girls through the role of Engineers in the society and how technology has been able to put imaginable thinking into reality.

Engineer Yemi Adedoyin on his path, mentored the girls on Career Path and explained vividly how the internet works after which we proceeded to the Network Operation Centre (NOC) of the organization. Again, Engineer Aliyu introduced his team members and explained how the Multi Protocol Legal Switching (MPLS) works. 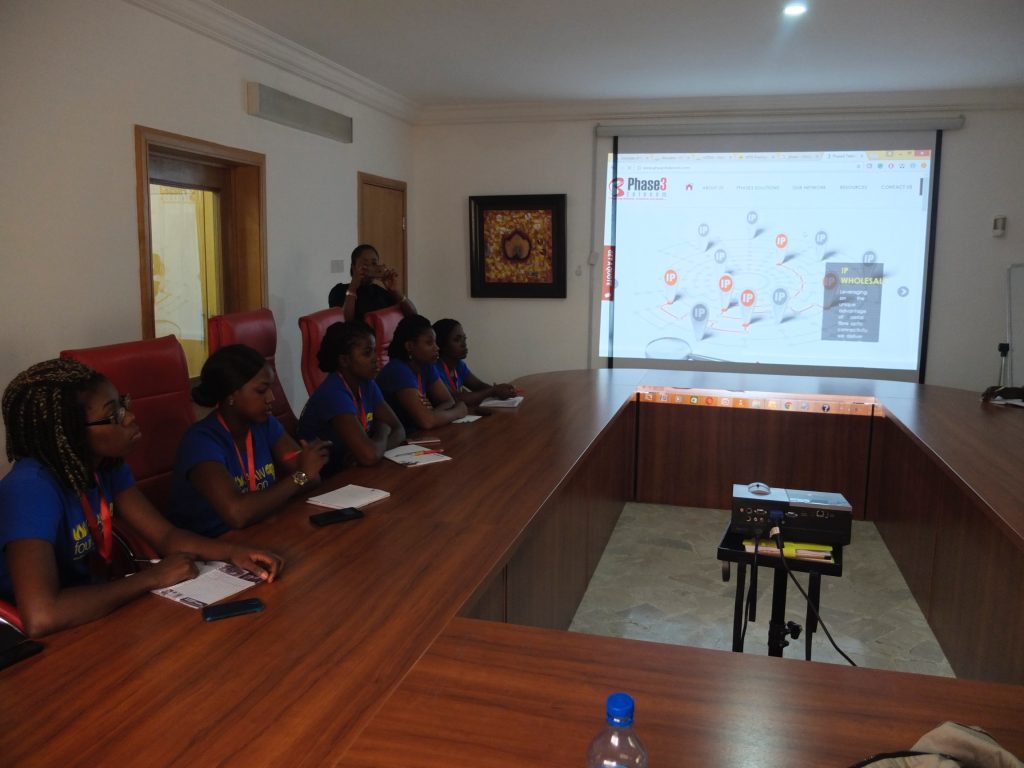 Participants also learnt about the Simple Network Management Protocol (SNMP), and how the server works in a computer room. More importantly, the demo Apps were reviewed by Phase3 Engineers with additional features suggested enabling the Apps more users friendly.

In the cause of activity for week two, Ms. Fatima Agbonika, and Mr. Lukman Ismail, both facilitators at the coding boot-camp tutored the participants on JQuery Tutorial, WordPress and Mobile friendly design, and Java Script. We also received Ebowe Blessing, Software Developer at Andela. She spoke with participants on her professional journey, life as a female software developer and opportunities for female programmers in Andela.

Rounding up activities for week three was a presentation by the participants on prototype tech apps that could potentially tackle identified societal challenges like Vandalism, Rape and Sexual Assault. Also, prototype apps on Entrepreneurial skills, Coaching classes and mentors for young girls were built by the participants. 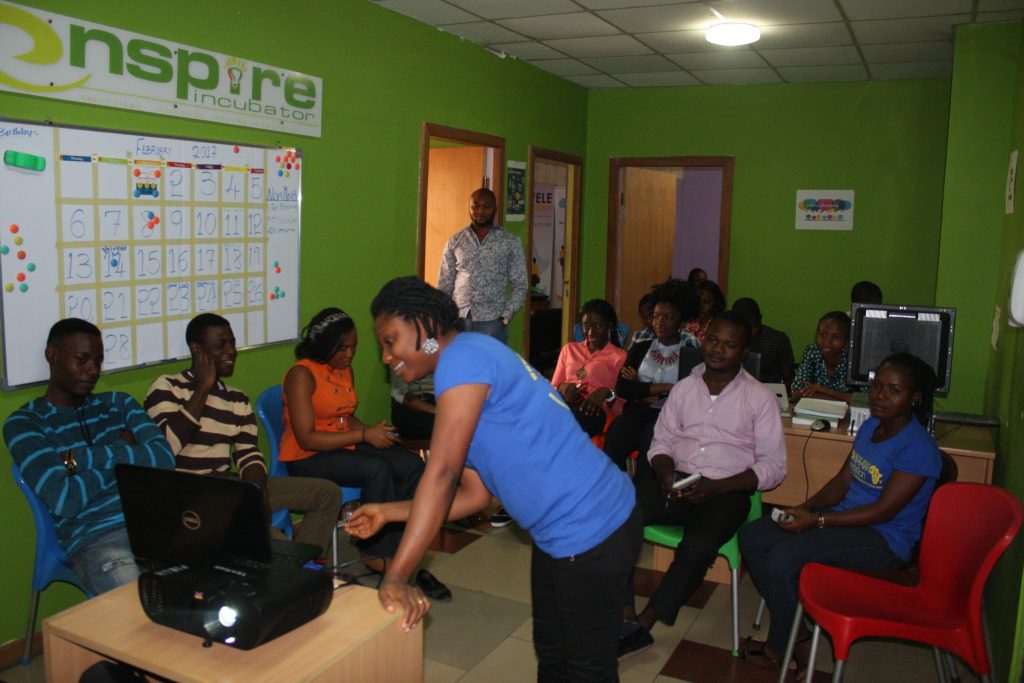 It will be interesting to note that all but one of these participants only had background knowledge in coding and they all successfully displayed skills learnt in the past three weeks. At the end of the presentation, positions were awarded and Certificates of Training was presented to the participants.

For us at WAAW Foundation, it was a mission accomplished as we are proud that these participants will go out there and make things happen, positively, by teaching other young girls how to code and helping in solving nation’s challenges using technology.

Going forward, the #SheHacksAfrica is giving voice to African women by training and empowering them to combat the archaic notion that women do not deserve to take leadership role in tech industry. More interestingly, the intensive coding boot-camp will encourage diversity and most especially raise future generations of problem solvers and future Mark Zuckerberg of Africa and build innovations that will place African girls and women in spontaneous positions as leaders in the world of technology.

In fulfilling her mission of supporting and encouraging women to embrace technology profession, AWELE Academy’s (S)heHacksAfrica is coming to Lagos. Unlike the last edition where it was a all-female coding boot-camp, the (S)heHacksAfrica programming workshop is for both girls and boys in Lagos, Nigeria. Stay tuned for date and venue!