It is no news that almost all of the biggest technology companies in Africa and their key figures are dominated by men.  Across Africa, a wide gender divide still exists in the corridors of leadership, corporate boardrooms, classrooms, and most especially in the fields of Science, Technology, Engineering, and Math (STEM). An article in the Harvard Business Review revealed that although in the sample of 7,280 companies, 78 percent of top leadership were men.

However, it is equally worrying that female participation in physics, computer science, and engineering remains low. In Nigeria, female enrolment in the STEM subjects peaks at an average of 20 percent according to data from the National University Commission (NUC).

In addressing this ageing gender gap and empowering and advancing Science, Technology, Engineering, and Math (STEM) education for African girls and women, AWELE Academy, on Monday, January 23, commenced her 3-week coding boot-camp on #SheHacksAfrica which is aimed at empowering African girls with knowledge that will transform them to be problem solvers using technology. 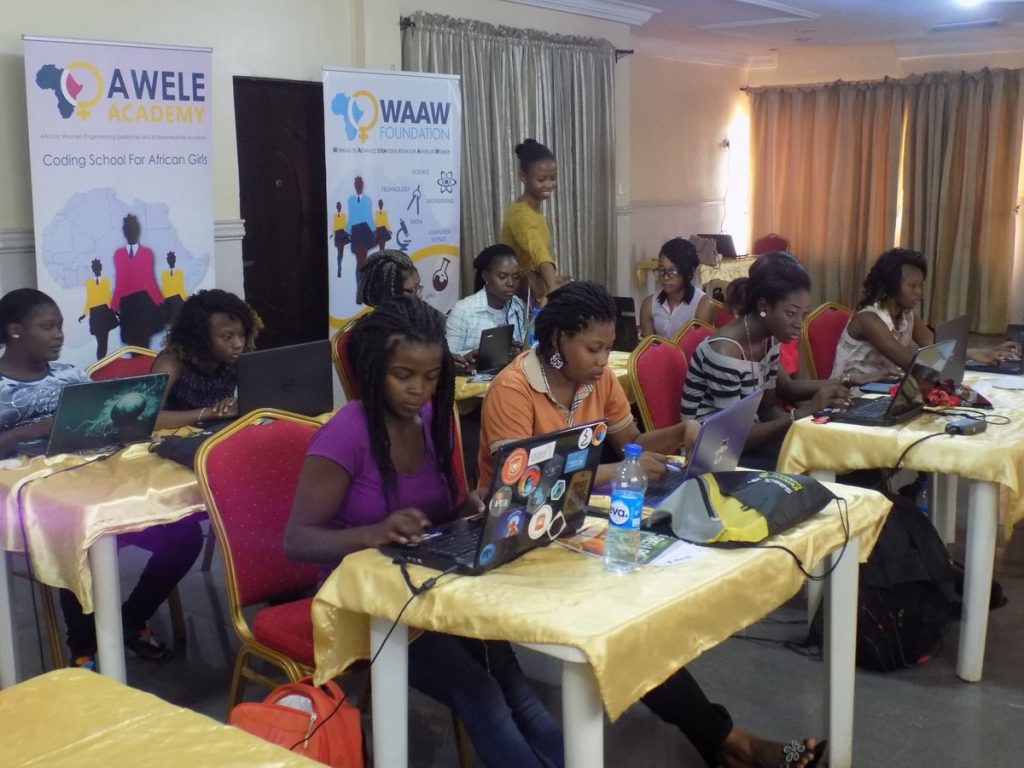 The intensive training which is scheduled to an end by Friday, February 10, 2017 and presently holding in Abuja, has participants from across African Countries and facilitators from Africa and the United States of America (U.S.A). Among them are Kishau Rogers, a web specialist with over 20 years of experience in Computer Science; Vanessa Oguamanam, a Master’s student in Human-computer interaction at the University of Maryland, College Park (UMD); Ismail Lukman, a programmer and formal software developer at Nigerian Turkish Nile University (ICT).

During the cause of activity for week one, Kishau Rogers trained the participants on building demo mobile applications. One of the apps speaks to curbing vandalization of pipelines by sending signals to security agencies; another app was built to address sexual reproductive health of girls and another on entrepreneurship skills and coaching classes for young people. 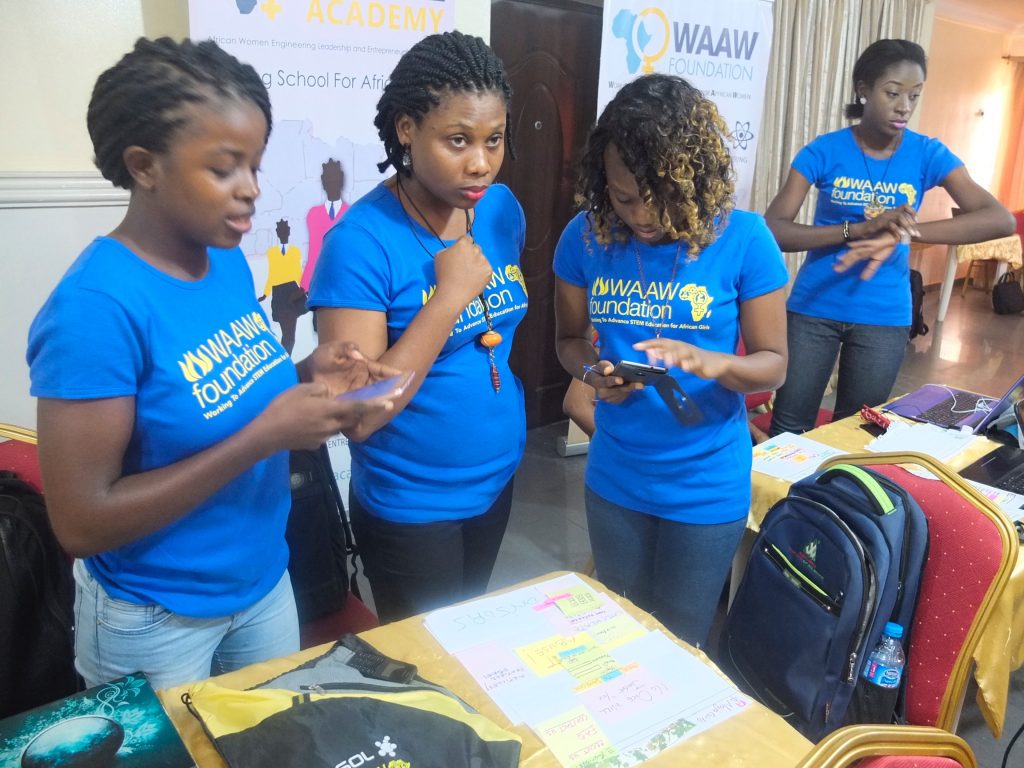 Another feature was the introduction to HTML, Java Script and designing a website buy modafinil leeds using WordPress. Of course, these topics were new to the participants especially as few of them had a little knowledge about computer science but they speedily catch up with the facilitators. 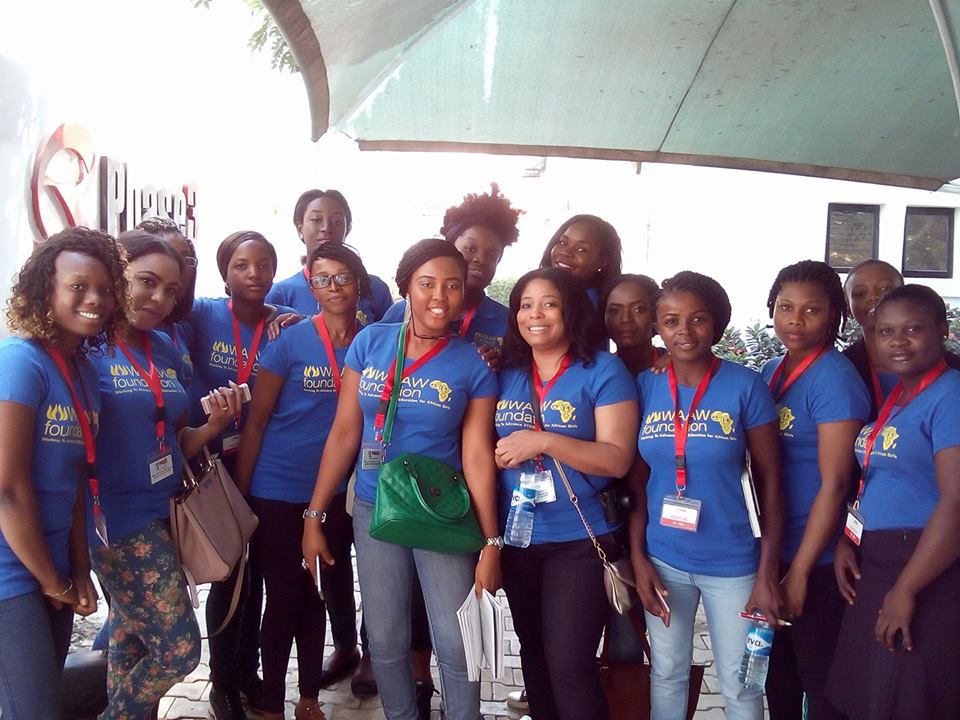 Engineer Abdullateef Aliyu, a staff of the organization welcomed WAAW Foundation and the #SheHacksAfrica participants. He talked the girls through the role of Engineers in the society and how technology has been able to put imaginable thinking into reality.

Engineer Yemi Adedoyin on his path, mentored the girls on Career Path and explained vividly how the internet works after which we proceeded to the Network Operation Centre (NOC) of the organization. Again, Engineer Aliyu introduced his team members and explained how the Multi Protocol Legal Switching (MPLS) works.

Participants also learnt about the Simple Network Management Protocol (SNMP), and how the server works in a computer room. More importantly, the demo Apps were reviewed by Phase3 Engineers with additional features suggested enabling the Apps more users friendly. 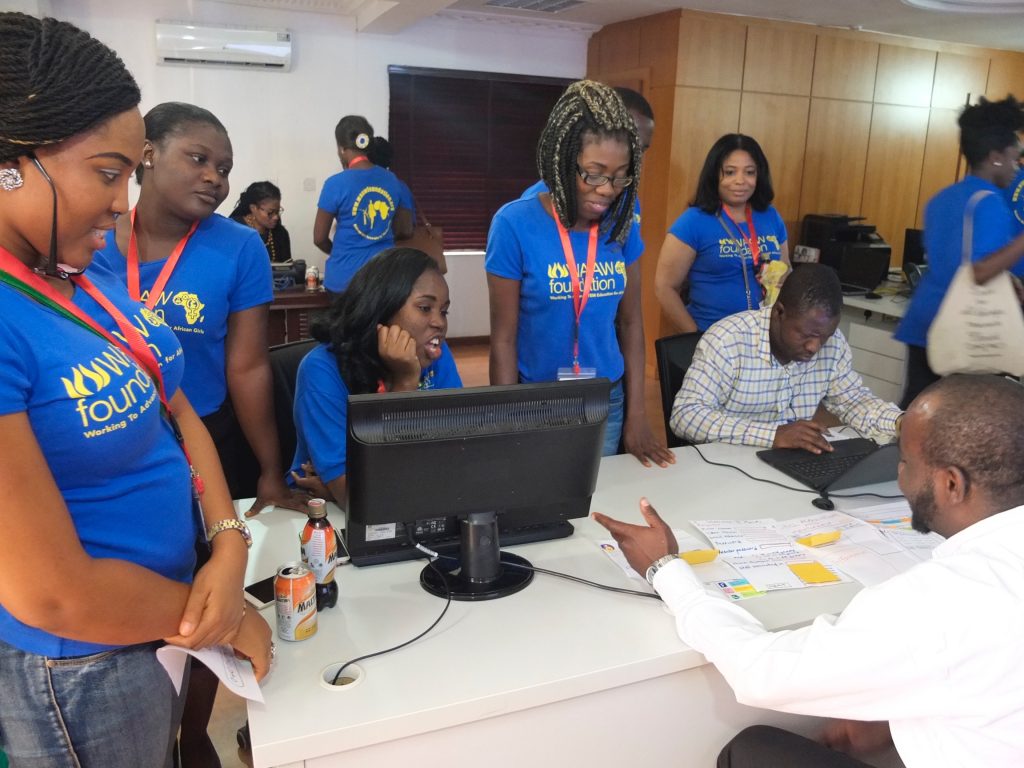 Investing in STEM education for women increases economic growth and encourages better leadership. It is a known fact that women tend to engage more and also make others feel engaged, which in itself improves productivity which in turn addressed the rate of high unemployment. It is also well documented that women who are financially empowered invest in their families and communities.

As activity for the #SheHacksAfrica continues, participants will be empowered and trained to combat the notion that women do not deserve to be the noble profession. More so, the intensive coding boot-camp will encourage diversity and most especially raise future generations of problem solvers and future Mark Zuckerberg of Africa and build innovations that will place African girls and women in spontaneous positions as leaders in the world of technology.