Prof Carel IJsselmuiden is South African and holds medical and public health qualifications from Universities in the Netherlands, South Africa and the United States. His professional life started as a rural doctor in the northern part of South Africa. His public health research and work led him to focus on improving child health through immunization and nutrition. He was director of ‘the Elim Care Group Project’ from 1983 – 1987 which focused on rural women’s health and income generation. Carel specialized in public health at the University of the Witwatersrand and The Johns Hopkins School of Public Health. He worked as Deputy Medical Officer of Health for the city of Johannesburg before joining academia as a senior lecturer at the Medical University of Southern Africa (MEDUNSA). In 1995, he was appointed as head of the Department of Community Health at the University of Pretoria, and became founding director of the University of Pretoria’s School of Health Systems and Public Health in 1999. Carel has published widely in the field of public health, epidemiology, research and the ethics of international health research. In 2004, he joined the Council on Health Research for Development in Geneva, Switzerland, as director. 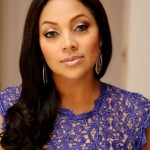 With over 16 years of diverse work experience, Lola Okoye has a career path that has taken her across various economic sectors like Telecommunications, Advertising, Media and Oil & Gas. Her skills in Marketing, Branding, Sales and Business development were acquired and nurtured over the years in previous top management roles held at Vmobile now Airtel, Daily Times of Nigeria, FKG2, World Meetings Plus and Extensity, Inc respectively. She is a successful business strategist with a proven record to grow revenue and market share for global brands like Samsung, British American Tobacco, Heineken, DanaAir and Celtel. She serves as a Member of the Advertising Practitioners Council of Nigeria. (APCON).

Lola’s achievements are attributed to her extraordinary strategic insights, uncompromising devotion to excellence and the ability to build employee teams that remain committed to the success of the company.  Lola Okoye is a graduate of San Francisco State University, California with a B.A. degree in Theater & Film. She joined Nosco Oil and Gas Services Limited as Executive Director in 2009 after giving birth to her first child.  She is responsible for the Business Development, Marketing and Communications unit of the company.

Lola’s greatest strengths are her creativity, drive and leadership. She thrives on challenges, particularly those that expand the company’s reach.  She currently manages multi-million dollar projects for her clients Total, Chevron and DripQuip in the upstream sector in Nigeria.

Lola lives in Lagos, with her husband and their two children. In her free time, she enjoys reading, kick-boxing and traveling. 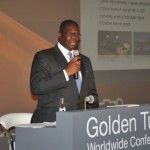 Chairman and CEO at Lionstone Group 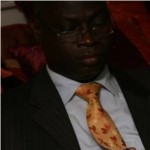 Kehinde Oyeleke started his career in the Corporate Finance division of Arthur Andersen, before specializing in Corporate Tax and Business Advisory. During this period, he advised multinational clients on several structuring projects, covering international taxation and cross-border acquisition issues. He later joined the Transaction Structuring Group of PricewaterhouseCoopers in New York, where he was involved in Mergers and Acquisition deals involving Fortune 500 corporations.

Kehinde has lately worked as a Vice President/Principal in Capital Alliance, a leading private equity firm, and was responsible for the whole range of the firm’s investment selection, management and divestment processes. He currently oversees SEEDVEST, a medium size SME Investment Company based in Lagos, Nigeria. Kehinde is a Certified Public Accountant (CPA), licensed in the state of New York, and is also an Associate of the Institute of Chartered Accountants of Nigeria. He holds an MBA in Finance and Strategic Management from the Wharton School of the University of Pennsylvania

She has published several papers, served on several boards and panels contributing her expert knowledge, and received notable awards and honors recognizing her contributions in these concentration areas. Professor Amekudzi chaired the ASCE Infrastructure Systems Committee and is on the editorial board of the ASCE Infrastructure Systems Journal. She is a member of the American Society of Civil Engineers, the Transportation Research Board, the American Society for Engineering Education and the American Public Works Association. Professor Amekudzi also serves as the faculty advisor for the Georgia Tech’s chapters of the Engineering Students without Borders (ESWB) and the Women’s Transportation Seminar (WTS).

Andreas Heinecke is the founder and CEO of Dialogue Social Enterprise (DSE), a Hamburg based social enterprise with team members working from Italy, India, France and Bulgaria. The objectives of DSE are to create jobs for disabled people, and to change the mindset towards otherness through exhibitions and Business Workshops. Andreas grew up in Baden-Baden, Germany, graduated with a degree in German literature and history in 1982 (PhD in 1989) and worked as a journalist at Südwestfunk (a German broadcasting company). There he was tasked to train a colleague, who had become blind by an accident and was fascinated by the world of the blind and shocked about the discrimination with which they are still confronted today. In 1988, Andreas became Vice-director of the “Stiftung Blindenanstalt” (Foundation for the Blind). Here he had a framework to roll out his ideas to establish a dialogue between blind and sighted which was not motivated by pity, insecurity and prejudice. The idea was simple: blind and sighted people should meet in darkness, taking the chance to switch roles and to overcome limits.

In 1996, Andreas established“Dialogue in the Dark” (www.dialogue-in-the-dark.com) internationally and opened his first permanent exhibition in Hamburg in 2000. “Dialogue in the Dark” exhibitions are now distributed worldwide through a social franchise-system, and has created more than 6,000 jobs for disabled and disadvantaged people in 30 countries and the exhibitions have led over 6 million visitors through total darkness into the world of the blind, seeding a better understanding, empathy and tolerance.  Andreas has won various awards and became the first “Ashoka-Fellow” in Western Europe in 2005. Two years later he was nominated “Out-standing Global Social Entrepreneur” by the Schwab Foundation. In 2008, Andreas was nominated as a member of the World Economic Forum’s Global Agenda Council on Social Entrepreneurship.

Barrister Nnanna Obasi is the legal consultant to WAAW Foundation and has served as legal counsel to several non-profit organizations in Africa including the Kenneth Kauda Children of Africa organization. He studied Law at the University of Calabar, Nigeria and has previously worked as a Math and Science teacher before returning to practice law full time.