2018 Summer Code School was a success 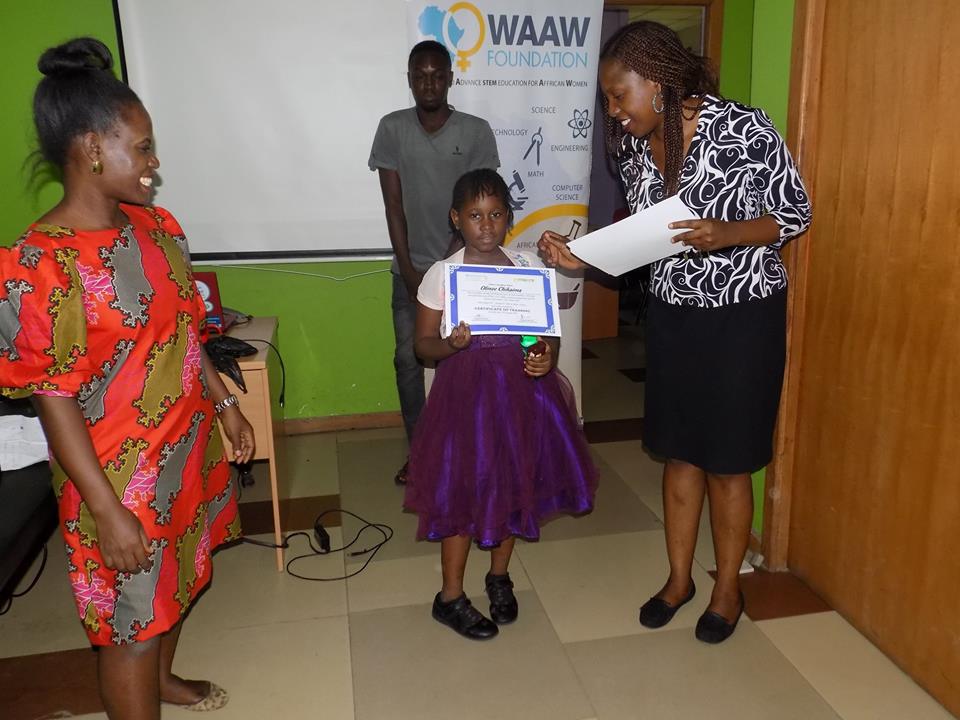 Code is a language of communication between humans and machines. With codes, humans can literally tell the computer what to do. In recent time, coding or writing codes has become a fundamental skill, but very few kids have the opportunity to learn programming because it is rarely taught in schools. It’s a subject so important that every child needs to know the basics to excel in our fast-growing world.

WAAW (Working to Advance Science and Technology Education for African Women) Foundation an international non-profit organization, established to increase the pipeline of African women entering into Science and Technology fields is driven with the motive to drive this knowledge into kids and to ensure they are engaged in Technology Innovation and Entrepreneurship to benefit Africa.

During the Summer holiday, WAAW Foundation designed a special workshop for both boys & girls between the ages of 5 – 17 years to gain practical experience in introductory programming language using Java, website construction, games, basic design techniques, renewable energy and so much more. It was an exciting experience to see the creative ability of these young minds come to play in the space of 3 weeks. The goal of the workshop was to spike children’s interest and encourage them to explore the countless possibilities of what they can do with STEM and to solve problems in their communities.

With fun games and real-world scenarios, the kids were introduced to the world of programming and each day, the kids were eager to see new ways of creating animations, websites, controlling hardware components and various sources of Renewable Energy. They also worked on assignments and presented their projects to access their level understanding.

Towards the end of the workshop, they were asked to pick a project that they would build on, certificates and awards were given to them for a job well done.

At the end of the workshop, the kids had a better understanding of programming, the future of Computer Science, and a desire to enter into a similar career field.